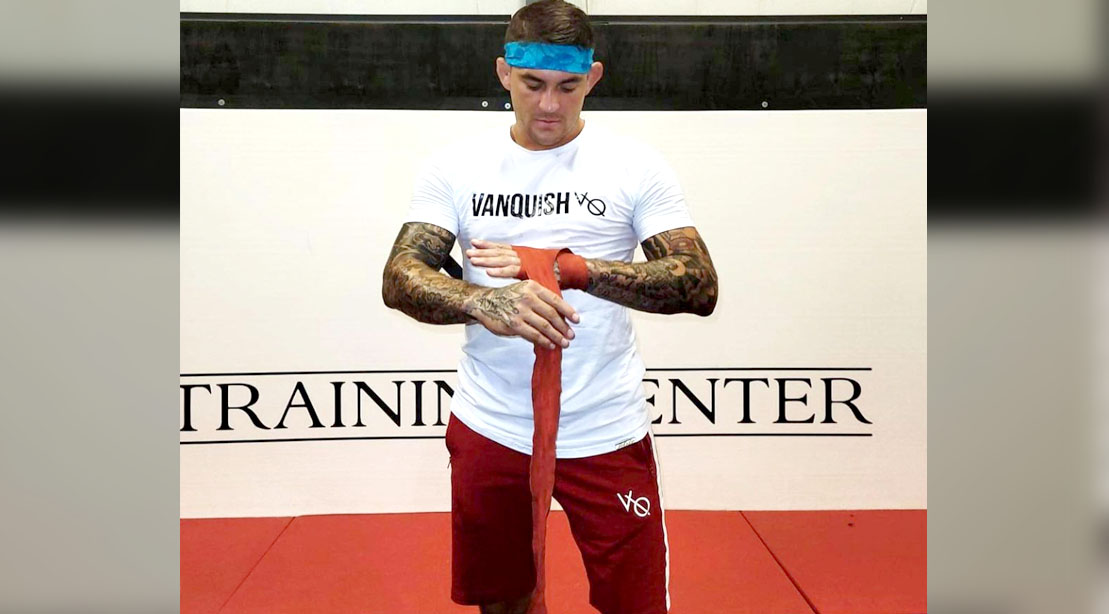 Nearly two years to the day since his last UFC defeat, you could say Dustin Poirier has recovered quite nicely.

Following his 2019 loss to unbeaten and then-UFC lightweight champion Khabib Nurmagomedov at UFC 242, Poirier (28-6) has won three in a row, including two victories in 2021 against Conor McGregor, capped by a second-round TKO against the former champion at July’s UFC 257.

Poirier, who held the interim UFC featherweight belt in 2019 before his loss to Khabib, recently claimed to be “undisputed world champion” prior to finalizing a deal to the highly anticipated lightweight championship bout against champion Charles Oliveira at UFC 269 this December.

Despite his most recent win, Poirier didn’t come out totally unscathed, recently admitting he was suffering from knee soreness following the barrage of back and forth kicks between he and McGregor in their most recent bout. The aches made recovery after this fight a little more important for the fighter and Therabody representative.

“MMA is one of the world’s toughest sports, and every fight can be brutal on your body,” Poirier says. “That’s why recovery is so important. Having a solid routine is really the only way to bounce back faster and stronger. My go-to Therabody routine makes a crucial difference in preparing and recovering from training or a fight.”

Poirier shares a list of attributes that champions should incorporate into their daily goal-driven routine, including building a team to support you and never being satisfied.recovery is one his most important traits. Loyalty is another one. “I have been using Therabody, especially the PowerDot, since their early days. It’s always been a staple in my training, and now I’ve incorporated RecoveryAir into my routine.”

1. Complacency is a losing strategy

There’s no room for complacency in this sport. It is absolutely vital to find new ways to continually challenge yourself. No matter who my opponent is, I will always go into each fight knowing that I’ve done everything I can to be as prepared as possible.

2. Your family are your most important teammates

Having a strong support system is vital, especially in this sport. For me, it all starts with my family. Everything I do is for them and I know they’re always in my corner. They’re my rock solid support, always. I couldn’t be successful in this sport without a strong team; I’m really thankful for my coach and the amazing trainers at American Top Team.

Having a post-career plan is very important. I think this is something that every professional athlete thinks about throughout their career. Nothing is more important to me than my family so I’m doing everything I can to make sure that they’re set up for success. As a father, you’re always thinking about the future for your kids. My daughter is one of my biggest inspirations for me to have the best possible fighting career I can have.

4. More to life than MMA

Having balance is incredibly important. Outside of the ring, I love to cook. I also recently released my own Louisiana-style hot sauce with Heatonist. I’m also super active with my foundation, The Good Fight Foundation, and doing work in underserved communities.

The best piece of advice I ever received was: Hard work pays off.